Roatan is an incredible place to scuba dive, with some of the best reefs in the Western Hemisphere.  The reef terrain is complex and very three-dimensional, with deep canyons, caverns, and swimthroughs, and there's a richness of both sea life and coral species.  Here's what it looked like:

Coincidentally, I got access to DALL-E 2 while I was there last week.  I started wondering, "Could I use DALL-E 2 to create a fake vacation?  Or, more ethically, could I use DALL-E 2 to recreate events from my vacation that actually happened, but I was unable to get a good photo of them?"  I started using their interface to generate some synthetic vacation photos, and indeed a good portion of them were good enough to pass off as the real thing.

Users scrolled through the photos one by one, either in a slide reel on the web interface or in a column on the mobile interface.  There were 22 real photos, four synthetic ones, and one final image that revealed the experiment.  The synthetic ones all came after the real ones.

An incredible 83% of the people (19 of 23) who answered the survey at the end missed the fact that there was something different about the DALL-E images.  This worked despite the fact that the telltale DALL-E watermark was in the lower right corner (to comply with OpenAI'a access rules), and the fact that the images were a different aspect ratio and more grainy.   My friend group is also a relatively sophisticated audience that is well aware of the existence of DALL-E and deepfakes.

Here's what I think is going on:

While I am concerned about the effect of deepfakes on, say, politics, the last few years in America have proven that you don't need deepfakes to deceive people; all you need is a bald-faced lie that people want to believc, and if you repeat it enough you can convince millions of people of your lie despite overwhelming logic and evidence to the contrary.

Meanwhile, the frontier for expanding people's visual creative abilities is wide open, and I'm excited to see what the next few years will bring.  I think generative image systems won't obsolete artists any more than Photoshop did; they're simply another tool for amplifying the connection between imagination and a physical manifestation of it, and imagination is still the scarce commodity that good artists possess. 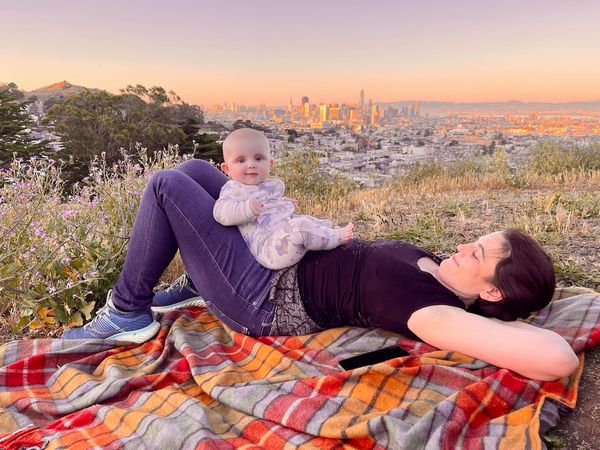 With the right preparation and approach, parenting a newborn can be a delightful experience instead of a relentless slog.

Gestational surrogacy is when someone other than the genetic mother of an embryo gestates that embryo to term. This has become an amazing opportunity for many couples who previously thought it was not possible to have a family.