I finally got some time to play with the example results from DALL-E, the new generative network from OpenAI, and it’s amazing. I’ve been watching the space of image-generative networks for a few years, wondering when we’d get past the uncanny valley. We got there for faces with StyleGAN at the beginning of 2019, but it appears we might be past the uncanny valley now for a whole class of clip art and creative stock imagery. This is exciting, as we may not be too far from an infinite stock photography library, where you could ask the system for “a tall man with light brown skin and black hair drinking tea while sitting in a café in the English countryside” and get a range of computer-generated examples to pick from.

DALL-E takes a text input (eg “An illustration of a baby penguin with headphones skating on ice”), encodes it using a GPT3-style transformer network, and then uses an autoregressive image decoder to produce a series of image instances of that input. Depending on the task challenge, it can produce realistic output that matches the input text string in a variety of styles. While OpenAI is not freely letting people run the network, they provide a combinatorially large number of examples to play with.

The paper still isn’t out, so a lot of the pieces of the architecture are not clear. For now, there’s a blog post: https://openai.com/blog/dall-e/

I’m far less well versed in transformer networks than I am in convolutional image networks, so some of these conclusions may be off-base. With that caveat, here are some things I’ve noticed: 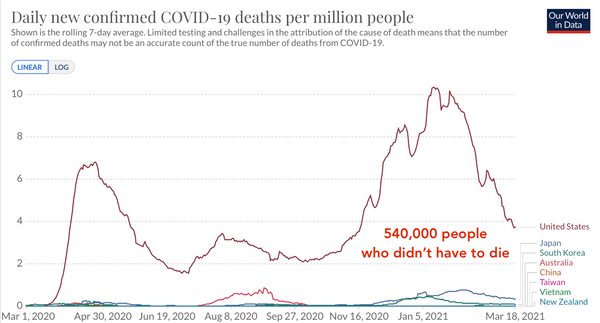 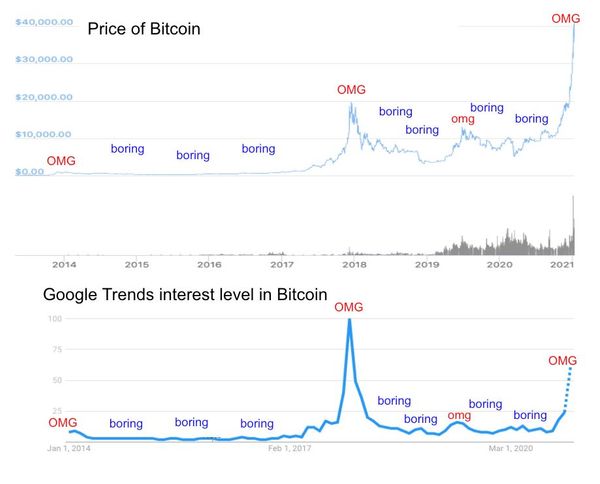 The safest time to invest in bitcoin is when no one is talking about it. If you invest now, you might 2x your money in a month, or you might be underwater for 4 years.