I'm surprised and saddened that almost a year into the pandemic, the US still doesn't seem to have a good sense for how to fight it from a public policy perspective. Much of the US’s policy apparatus is in a state of partial or full denial, and has made terrible decisions as a result. The rapid push for a vaccine is one wonderful exception, but it’s still several months away from broad availability.

However, even areas that take the virus and scientific advice seriously have not done that well compared to countries in Asia. I should give San Francisco credit for taking early bold action with the first shelter-in-place order and keeping caseload far below the national average, especially given its population density. However, even SF made some fairly bad decisions, like allowing limited indoor dining starting at the beginning of October. Now they are bending over backwards in the other direction to stop a surging caseload, and they’re banning things that are actually relatively safe, like distanced gatherings outdoors with people from different households. Technically you can still hang out with people outside your house as long as you’re hiking, but you’re technically not in compliance as soon as you stop moving.

Researchers have known for a while that indoor dining is an order of magnitude more dangerous than outdoor dining, but somehow it got allowed anyway. (Pic is from a model published in Nature in November ( https://www.nature.com/articles/s41586-020-2923-3 ) based on cellphone tracking data, but there was ample research prior to that showing just how risky unmasked indoor activities are)

Government policy aside, individual responsibility plays a role as well, and I've made efforts to understand risks really well so that I can go do fun things while minimizing the danger to myself and others (like flying to Hawaii, but wearing a P100 full face respirator on the plane).

I was enjoying our new steady state of “keep socializing and enjoying the city, but in small groups and with masks and/or outdoors, until the vaccine is ready” but it looks like we collectively got greedy and tried to grab more than that, and now we have to have less than that. 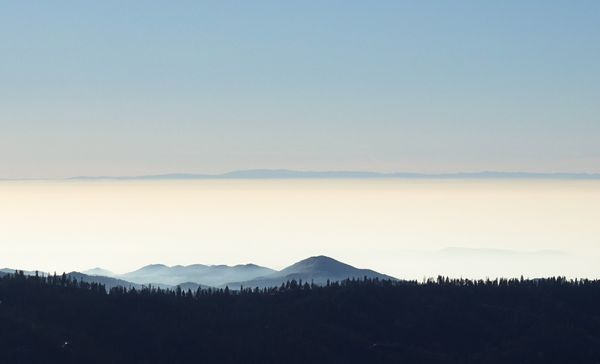 While an inversion layer has been trapping air pollution at low altitude across the state of California for days, it's had an amazing side effect -- the air *above* the inversion layer is absurdly clean. 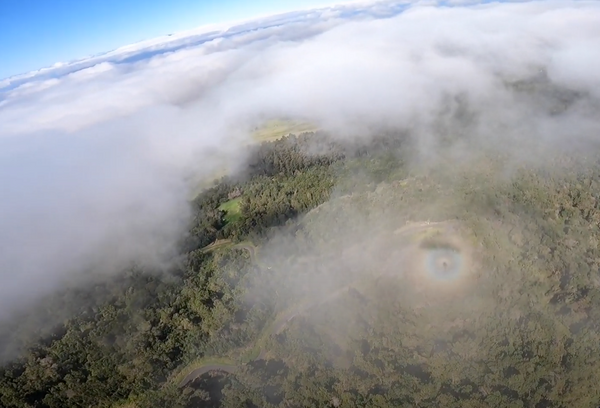